During the ancient Greek civilization, a holistic view was common in the practice of medicine that likely considered the mind equivalent to the psych, and generally, believed that the body and psych cannot be separable. During the ancient Roman civilization (100 BC to 400 AD), Galenic medicine, despite progress in Islamic countries, including Iran, knelt in front of the church and was trapped in the dualism of the Catholic Church. During the Renaissance (1500 to 1700), interest in natural sciences and their application increased and as though it was a determinative tragedy, was thrown to the other side of the continuum. During this period, physicians handed the mental evaluation to religion and philosophy, attempted to examine the cell to find the source of the illness, and forgot about the agency of the patient. Unaware that this division of duties, assigning the mind to religion and philosophy; is a new confirmation of the continuation of duality. So, even in the modern age, body and soul are covert from each other so the fight of duality and unity continues until the end of the time. Even the movements of the late nineteenth century, such as; the design of the word "psychosomatic" by Johann Heinroth           -professor of the University of Leipzig- and "medical psychosomatic" by Felix Dutch, and other attempts by Charcot, Burnham, Leybo, Alyvstvn, and even Freud, was useless. Medicine is established on the paradigm of particularity, and has no path except dualism.
Extremism continued and naming the elephant as a fan, a pillar, or a bed prolonged. Then, with the introduction of System Theory by "Adolf Meyer", there developed a foundation for bio-psycho-social theory of "George Engel" (1997) and "Lipowsky" where they believed that psychosomatic approach is essential in the treatment of all illnesses. He regards external factors (e.g., ecological, infectious, cultural, environmental), internal factors (e.g., emotional), genetic, physical characteristics, temperament, and the history of the patient as important components of evaluation by doctors and researchers. This approach could be groundwork of psychosomatic medicine and nourishes various branches such as "Psycho-nuro- endocrinology" and "Psycho-neuro-immunology".
As professor Shokrollah Tarighati (1987) suggests in the book “psychosomatic illnesses”, despite the lack of agreement among theorists, practitioners often believe that human being is a single "Psycho-social-bio" existence and it is necessary to view him as an integrated whole in which these three dimensions constantly and continuously interact. Perhaps it is the right time to view psychosomatic as an integrated system not as the endorsement of duality of "Psych" and "Soma”. 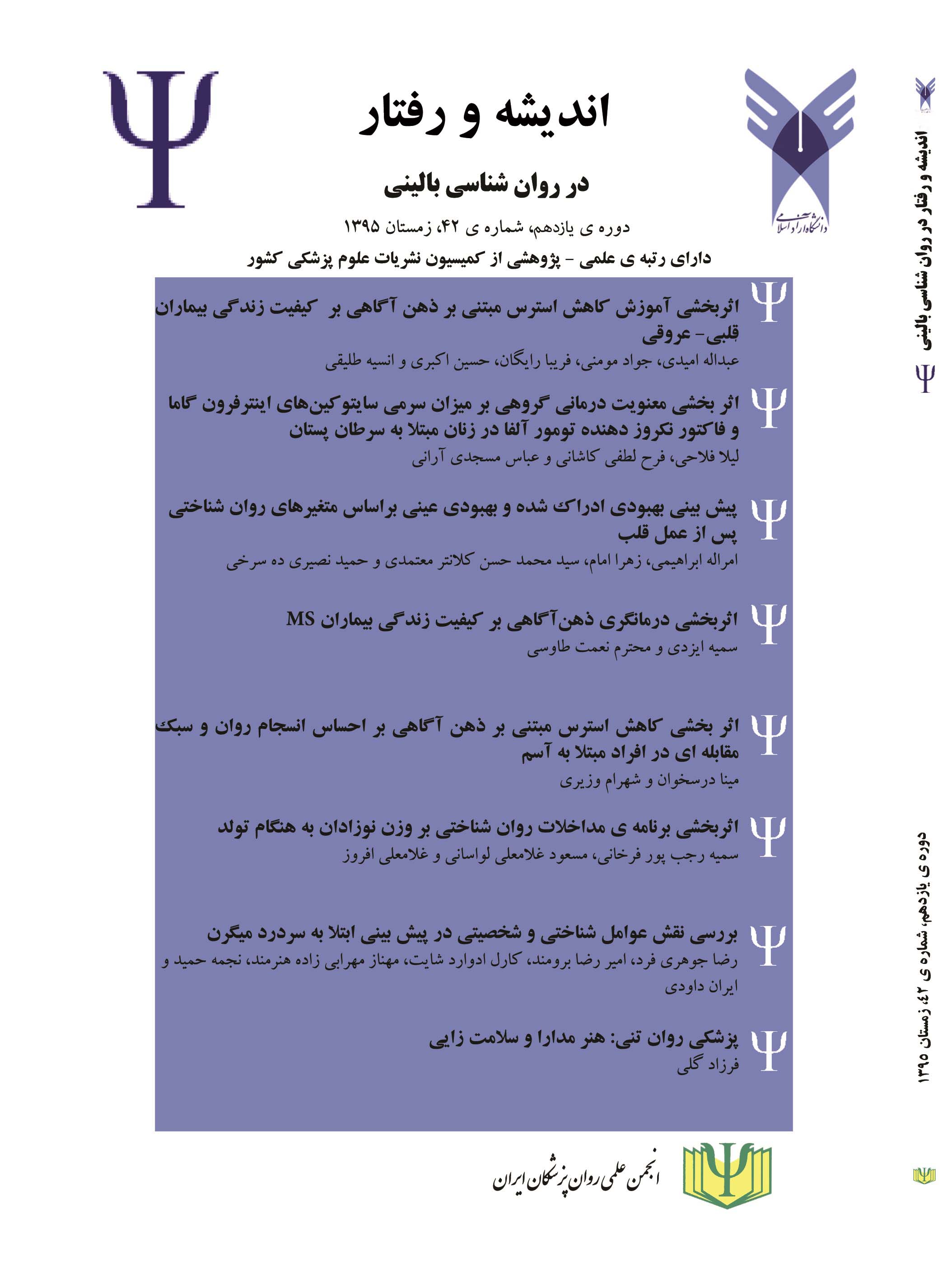